A decade on, vaccine has halved cervical cancer rate 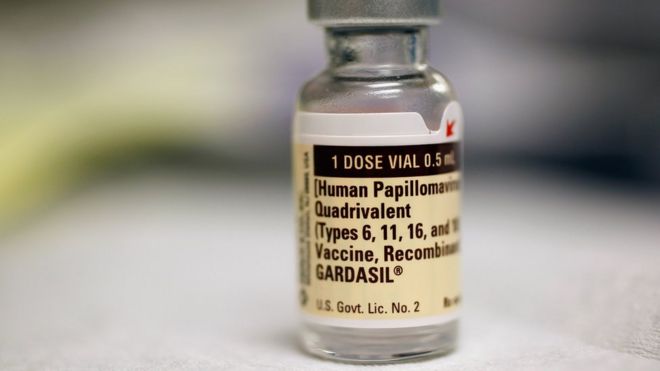 The world’s first cancer vaccine was administered in Australia exactly 10 years ago.

Since then, the human papilloma virus (HPV) vaccine has been rolled out across 130 countries and halved the number of new cervical cancers.

The HPV vaccine also protects against cancers in the throat and mouth in both men and women.

“It helps not only control cervical cancer but also the oropharyngeal cancer – the cancers inside the mouth that are caused by these viruses,” Prof Frazer, chief executive of the Translational Research Institute, said.

“If we vaccinate enough people we will eliminate these viruses because they only infect humans. And in Australia there’s already been a 90% reduction in infections in the 10 years the programme has been running.”

HPV is a very common virus that lives on our skin and other areas of the body, including the mouth, genital areas and anus. It can be passed through skin-to-skin contact and genital contact.

“The papilloma viruses that cause cancer are very common indeed,” Prof Frazer said.

“Most people get rid of the virus themselves without knowing they’ve contracted it, but 1% of the population that get it get persistent infection that lasts over five years. If they do that they’ve got a very good chance they’ll get a cancer.”

Prof Frazer, the late molecular virologist Dr Jian Zhou and a research team used genetic engineering to build a virus replica to create the vaccine. With millions of doses of the vaccine administered worldwide, the number of new cases of cervical cancer has reportedly halved.

“We know that 170 million doses of vaccine have been given out,” Prof Frazer said.

“If you do the sums on that, one in a hundred people were going to get a cancer that could kill them.”

Some parents have reservations about their children being vaccinated on the grounds that it may encourage promiscuity. Others object to vaccinations over safety fears.

“In countries like the US where the vaccine isn’t so widely taken up, that’s a little bit disappointing because cervical cancer still kills several thousand women in the US,” he said.

“Then, of course, we’ve got the problem of the 250,000 people that die from cervical cancer in the developing world.”

Researchers are continuing to refine the effectiveness of the vaccine and ensure more widespread inoculation.

“If we get that rolled out we will eventually get rid of all cancers that get caused by this virus.”