No FluMist this year 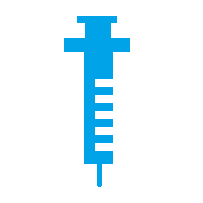 No FluMist this year

Our practice WILL NOT offer FLUMIST this upcoming flu season due to the new recommendations from the CDC and American Academy of Pediatrics (see below).

WE WILL OFFER ALL PATIENTS AGE 6 MONTHS AND OLDER THE FLU SHOT FOR THE 2016-2017 FLU SEASON. We will update our site and post to Facebook and Twitter when we are ready to give the flu shot widely.

Health care providers should not use live attenuated influenza vaccine (LAIV) in the upcoming 2016-’17 season due to poor effectiveness, a Centers for Disease Control and Prevention (CDC) committee said Wednesday.

“We agree with ACIP’s decision today to recommend health care providers and parents use only the inactivated vaccine for this influenza season,” said AAP President Benard Dreyer, M.D., FAAP.

The AAP recommends children ages 6 months and older be immunized against influenza every year. Previously, the CDC and AAP had recommended either form of flu vaccine – the inactivated influenza vaccine (IIV) that is given by injection and is approved for all patients older than 6 months, or LAIV which is given by intranasal spray and is approved for healthy patients ages 2 through 49 years.

However, new data presented to the ACIP showed that currently only IIV provides protection against flu. The ACIP assessed data from the past three influenza seasons and cited evidence of poor effectiveness of LAIV during this time period.

“We do understand this change will be difficult for pediatric practices who were planning to give the intranasal spray to their patients, and to patients who prefer that route of administration,” said AAP CEO/Executive Director Karen Remley, M.D., M.B.A., M.P.H., FAAP. “However the science is compelling that the inactivated vaccine is the best way to protect children from what can be an unpredictable and dangerous virus. The AAP will be working with CDC and vaccine manufacturers to make sure pediatricians and families have access to appropriate vaccines, and to help pediatricians who have already ordered intranasal vaccines.”

Dr. Dreyer stressed the need for continued immunization against influenza every year.

“Flu vaccine is the best way we have to protect children and being immunized every year significantly reduces the risk of a child being hospitalized due to flu,” he said.